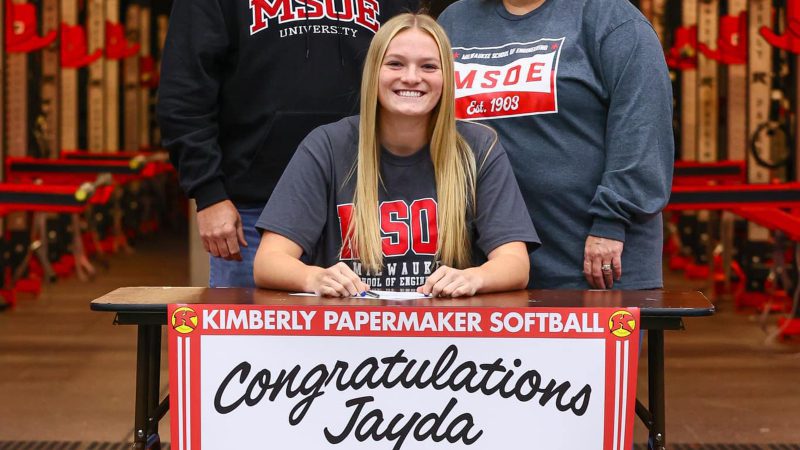 Milwaukee School of Engineering has racked up six straight winning seasons, including two berths in the NCAA Division III Tournament. After posting a 70-20 record over the last three years, the Raiders will be getting even stronger with the addition of ScoutU 2023 first baseman Jayda Nelson, who recently committed to MSOE.

“I’m so happy Jayda found a great college fit for her,” ScoutU’s Jason Lauren said. “When she visited MSOE, she thought it was a good fit for her academically, athletically and socially. She liked the idea of going to a school that has a smaller campus but is in a big city.”

Last summer with Badger Blitz 18U, Nelson had a tremendous year in the batter’s box. She hit .484 with eight home runs, 21 doubles, 31 RBIs and a 1.021 slugging percentage.

“Jayda is an exceptional first baseman and has very good power at the plate,” Lauren said. “She is excellent at scooping balls and stretching at first base. I’m sure she’ll have a great career at MSOE!”

One of the major draws for Nelson was MSOE’s program in mechanical engineering. She made her decision after visiting five colleges and communicating with hundreds of coaches across the country. Nelson complements her softball skills with an impressive 4.42 GPA in the classroom.

“We would like to thank Jason and ScoutU for all you did for Jayda,” her mother Angela said. “The number of colleges that reached out to Jayda from around the nation would not have happened without the assistance from you.”

“We would like to thank Jason and ScoutU for all you did for Jayda. The number of colleges that reached out to Jayda from around the nation would not have happened without the assistance from you.”