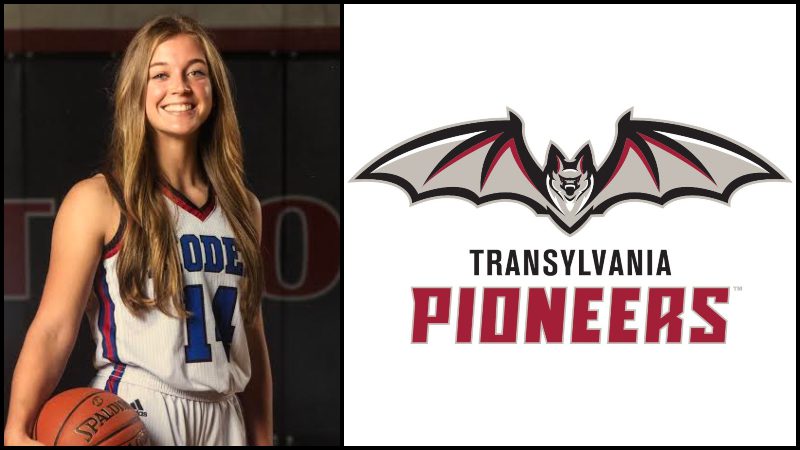 There are many adults who like to say how they could’ve played in college, but just didn’t get the opportunity. Keaton Hall will never be one of those people. After being contacted by more than 90 schools from 30 states and receiving double-digit offers, Hall recently committed to play for Transylvania University in Kentucky.

“It was a dream come true, especially with all that has happened in the last couple of years with the pandemic,” Hall said. “I started playing basketball very late in life and did not decide to play at the next level until my sophomore year. I knew I was already behind because many players were already being recruited in middle school and during freshman year. I was behind the curve in both my skills and recruiting. I worked as hard as I could to make an impact.”

Transylvania won 27 consecutive games last season in advancing to the NCAA Division III Elite Eight. Hall is excited to be surrounded by other talented and passionate individuals.

“There are many reasons I chose Transylvania,” she said. “They are a national championship-level program and already ranked No. 5 for the 2022-2023 preseason. I love the involvement and commitment of the coaches to the team and the program. I enjoy the fun-loving passion of the team. The culture of that program is something I wanted to be part of. Coach (Juli) Fulks is a legend and has turned down multiple offers at the D1 level to stay at Transylvania. Her performance plan for me was extremely detailed, and she felt I could come in and contribute valuable minutes as a freshman. I want to compete for a national title before I graduate.”

During her senior campaign, Hall was named All-District, led her team to a record win total and became Model Laboratory’s all-time leading scorer.

“I believe college coaches were attracted to Keaton because of her natural athleticism, highly competitive spirit and her extraordinary average of 21 points per game,” ScoutU’s Linda Blackwell Bentley said. “Keaton will be a valuable asset to Coach Fulks and her top-5 ranked team, contributing significantly her freshman year.”

With her 69-inch wingspan, Hall is a versatile defender who averages 2.5 steals per game. She was just as productive off the court with a 3.6 GPA.

“Keaton’s approach to recruiting was very mature in that she and both her parents took a very proactive approach by enrolling with ScoutU, even though she was employing other recruiting methods,” Blackwell Bentley said. “Keaton is a polite and respectful young lady who promptly provided any information we needed during her recruiting journey. Even though she contracted Covid during her basketball season, she played shortly after recovering and toughed it out, which was no small feat. Keaton demonstrates true grit and determination.”

Nobody wants to have the regret of missing out on being a collegiate student-athlete. Hall seized the moment, maximized her opportunity and made sure she teamed up with the best people.

“Linda is great,” Hall said. “She is personable, genuine and did a great job sending info out and always did it with so much enthusiasm. She was able to prepare you for what was coming and had great advice. If it wasn’t for ScoutU, I may not have had the other offers that allowed me an in-depth look into programs on official visits, so that I would know Transylvania was the school for me. ScoutU did help me find the right fit, because I did have options and that was the goal of joining ScoutU.”

“If it wasn’t for ScoutU, I may not have had the other offers that allowed me an in-depth look into programs on official visits. ScoutU helped me find the right fit, because I had options and that was the goal of joining ScoutU.”