Daly to play for Hartwick Hawks 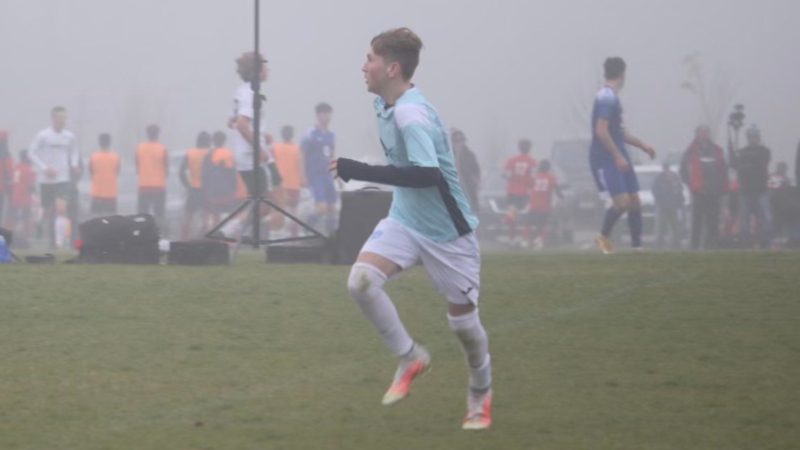 Jake Daly knows that about 7% of high school soccer players advance to play in college. But when you possess the skills and drive that Daly does, he became one of those select few. Recently, the 2022 ScoutU prospect committed to Hartwick College, an NCAA Division III school in New York.

“I am extremely excited to have this wonderful opportunity to play collegiate soccer at Hartwick, have the chance to win our conference and compete for a national championship,” Daly said. “Not many individuals out of high school even have the opportunity to play in college, so to receive this opportunity is truly life-changing.”

“Jake is a phenomenal talent,” ScoutU’s Perek Belleh said. “He is such an intelligent player on and off the ball. He really is a complete offensive maestro. I think college coaches liked Jake’s dribbling ability and his vision to make the pass that unlocks defenses.”

Daly, who also owns a 3.4 GPA, is planning to major in science. Hartwick offered him the academic and athletic opportunities he desired for the next 4 years.

“I felt comfortable committing to Hartwick after I stepped on campus and saw the beautiful facilities,” Daly said. “Coach (John) Scott and Coach (Brandon) Raynor were also super welcoming, and I felt an immediate connection.”

Daly’s talent led to a spot on the East Region Team for the Olympic Development Program. Belleh witnessed this talent on the field, but also noticed a few other qualities that attracted college programs.

“Jake was very open to looking into many different institutions that could potentially be a fit for him.” Belleh said. “His flexibility made the recruiting process unfold more naturally, and his maturity also caught the attention of all the coaches who spoke with him.”

Daly has already accomplished a lot in his soccer career, but ScoutU is excited to watch him continue progressing.

“I would have never had this opportunity without Perek Belleh and ScoutU,” Daly said. “Thanks to them, I was able to show myself to coaches and have someone help me get some fantastic opportunities to play collegiate soccer. I am extremely grateful to have the opportunity to work with Perek and ScoutU!”

“I would have never had this opportunity without Perek Belleh and ScoutU. Thanks to them, I was able to show myself to coaches and have someone help me get some fantastic opportunities to play collegiate soccer.”