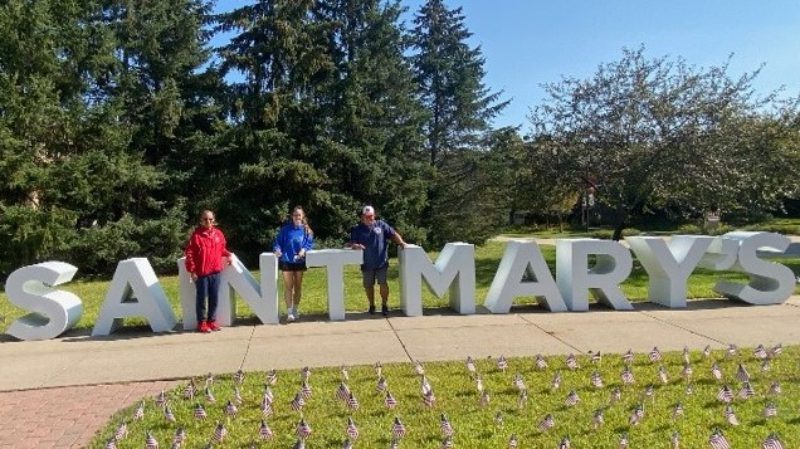 In order to become the best, it helps to learn from the best. 2022 ScoutU prospect Abbie Stigler will have that opportunity when she plays for Saint Mary’s University in Minnesota.

Saint Mary’s is coached by NFCA Hall of Famer John Tschida, who owns three NCAA Division III championships and more than 1,000 victories. Tschida recently guided the University of St. Thomas to 17 straight playoff berths and national titles in 2004 and 2005.

“Saint Mary’s immediately felt like home when I stepped on campus,” Stigler said. “I knew I wanted to spend my next 4 years there. I also connected with the coaches really quickly, which made me super excited to play and learn from them.”

“I’m very excited for Abbie on her commitment to Saint Mary’s and have the opportunity to play for legendary coach John Tschida,” Lauren said. “It was a pleasure helping Abbie with her recruiting. She always followed my guidance and did what she needed to help her recruiting. With Abbie’s athletic and academic talent, I’m sure she will thrive at Saint Mary’s.”

Stigler has delivered on the diamond, in the classroom (3.6 GPA) and now with her own recruiting process. She’s thankful that this team effort has extended her career another 4 years.

“Before I joined ScoutU and started working with Jason, I felt very behind in the recruiting process,” Stigler said. “I thought I had started way too late, but Jason made it very clear to me that it’s never too late. ScoutU gave me the opportunity to share with coaches everything I have to offer, and made it really easy for me to get in contact with coaches.”

“Before I joined ScoutU, I felt very behind in the recruiting process. ScoutU gave me the opportunity to share with coaches everything I have to offer, and made it really easy for me to get in contact with coaches.”