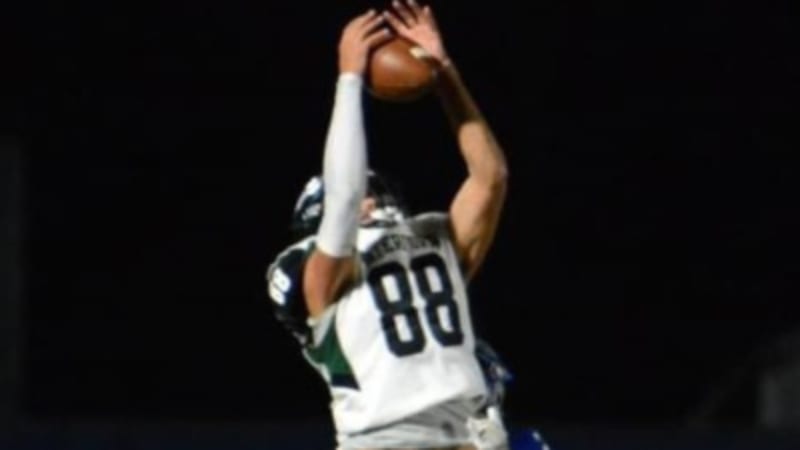 It’s not often that a high school coach puts his player in the same sentence as a three-time NFL Defensive Player of the Year. But when Waterford High School coach Adam Bakken compared Gavin Roanhouse to J.J. Watt, it expressed just how rare of a talent he is.

Roanhouse, a 2021 ScoutU prospect, recently committed to play for Southwest Minnesota State University. The NCAA Division II program will give Roanhouse a stage to display his skills as a 6-foot-5, 240-pound defensive end.

“I have never had a player with that size and athleticism on any of my teams before,” Bakken said. “I really believe he could become a J.J. Watt-type of player. I know that is obviously saying a lot, but I believe that’s how large Gavin’s upside is.”

“Gavin is a great athlete,” ScoutU’s Jason Lauren said. “I first helped him with his baseball recruiting in November 2018, and he had several colleges interested in him. Then in November of his senior year, he wanted to see what football options he could have, so I started advising him in football. It was very late in the recruiting process to start, but I was confident he would still get interest with his rare combination of size and speed.”

Roanhouse owns a 28-inch vertical jump and runs a 4.54 40-yard dash. He believes that SMSU is the best place to continue his career.

“I liked the environment and the coaching staff,” Roanhouse said. “I feel proud that I have made it this far to play college football.”

About 20 colleges called Roanhouse, and he received multiple offers in both football and baseball. ScoutU used its network to make sure Roanhouse received all the opportunities he could get.

“Jason helped connect me with many different coaches and colleges,” Roanhouse said. “He helped me create a video and profile, so I could send it to colleges and get my name out there. Thank you, Jason.”

Roanhouse has already accomplished one major goal by committing, but there is still much more to come. His former coach will be watching closely.

“In Gavin’s 2 years playing defensive end at Waterford, he’s turned into one of the best defensive players I’ve ever coached in 20 years,” Bakken said. “I believe he has the potential to become a very special player at the collegiate level. He has such a great upside with his willingness to commit to the weight room and how coachable he is.”

“Jason helped connect me with many different coaches and colleges. He helped me create a video and profile, so I could send it to colleges and get my name out there. Thank you, Jason.”