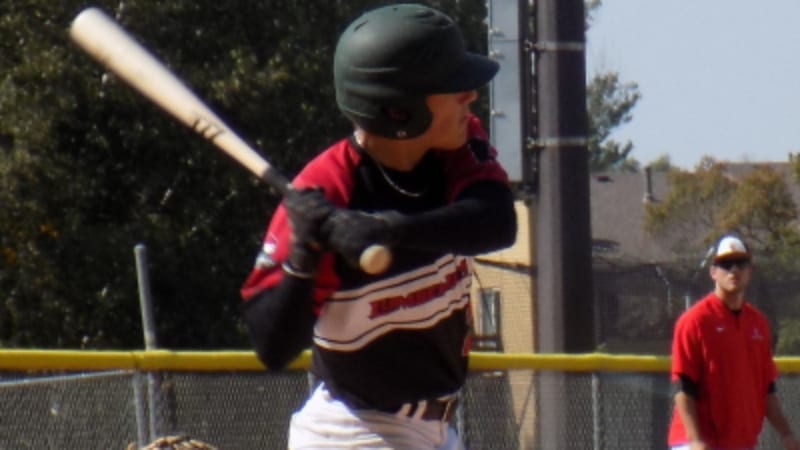 There’s not a lot of flashy parts to Zack Flattum’s game. He’s a good defender and gets on base 49% of the time. Flattum continued to improve during his career at Park High School in Minnesota. And that’s why he’ll fit right in with the Saint John’s University baseball program.

Recently, Flattum committed to one of the top NCAA Division III schools in his home state. He was attracted by the team’s success over the past two decades.

“What really stood out about St. John’s was the coaching staff and the culture they had built up,” Flattum said. “They built a winning program, and they are committed to getting better every single day.”

SJU has compiled a .721 winning percentage over the last five seasons. The Johnnies also advanced to the national tournament in 2012, 2015, 2016 and 2019. Flattum is ecstatic that he’ll be continuing his career while earning a degree.

“The opportunity to play college baseball is the best thing I could ever ask for,” he said. “Being able to play the game I love at the next level is as exciting as it gets. I did get a few offers from other colleges. Through the journey, there were lots of opportunities that opened up through ScoutU’s resources.”

Flattum totaled a .410 batting average with 10 extra-base hits and 14 stolen bases during his last full season. The only thing he needed was college coaches dialing up his number.

“Since enrolling with ScoutU, many, many colleges contacted me about how I’d feel playing ball there,” Flattum said. “I had lots of calls with different coaches and programs to try and find the right fit for me.”

ScoutU’s Jason Lauren expected Flattum’s solid all-around game to draw attention. It also helps that he owns a 3.9 GPA in the classroom.

“Zack doesn’t have eye-popping skills numbers like exit velo and arm velo, but he has the tools to become an excellent college player,” Lauren said. “He’s very smooth at shortstop/second base and has excellent range. He has a balanced swing with quick hands and good extension. With some additional strength, Zack has great potential.”

The Johnnies are getting a team player who always works hard to bring home a victory. ScoutU also takes pride in working together to help others achieve their goals.

“Jason and ScoutU have helped me tremendously,” Flattum said. “I am so grateful to have been able to work with such a great guy. I don’t know if I’d be living my dream of playing college baseball if it wasn’t for ScoutU. The connections they provide are vital for getting recruited and finding the right fit. I began the college search late, and not only did they accept me and believe in me, but they also helped me through a tough situation to find a good school where I can grow as a player and a person. I am very thankful for the help they provided me in my journey. I couldn’t ask for anyone better!”

“Since enrolling with ScoutU, many, many colleges contacted me about how I’d feel playing ball there. I don’t know if I’d be living my dream of playing college baseball if it wasn’t for ScoutU. The connections they provide are vital for getting recruited and finding the right fit.”