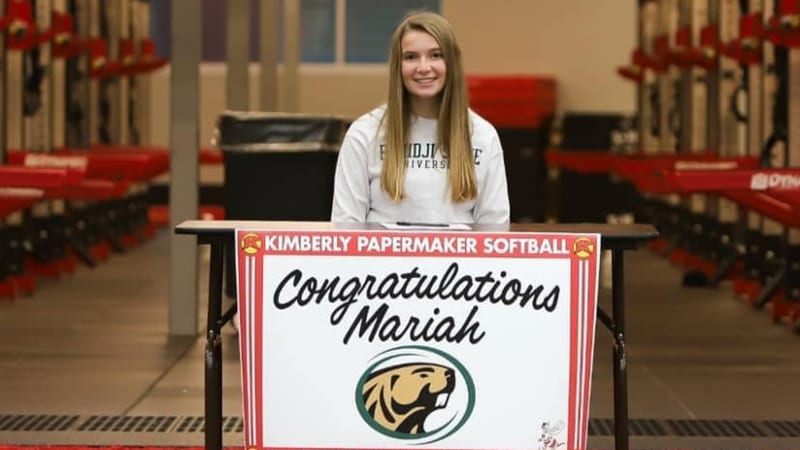 ScoutU Head Scout Jason Lauren often refers to the “recruiting bus” when discussing who is driving the recruiting process. He wants to make sure it’s the student-athlete who leads the decision about where they spend their college years.

“Bemidji State stood out because of the friendly and welcoming environment that you get right when you walk on campus,” Stevenson said. “When I was meeting with players and coaches, it really felt like somewhere I would be comfortable spending four years at.”

Lauren saw Stevenson’s skill on the field, like a .426 batting average as a sophomore, but she also owns the maturity to handle this major life decision.

Stevenson also boasted impressive academic credentials with her 4.05 GPA and 25 ACT score. She received offers to play from seven other schools.

“I am extremely excited to have the opportunity to play softball at the collegiate level,” Stevenson said. “Playing college softball has been my dream ever since I was little, and now I’m going to be able to live out that dream competing at the D2 level, which is an opportunity I am so grateful for.”

ScoutU promotes having as many options as possible, especially with the flexible rosters that college coaches are dealing with. This way student-athletes can maximize their chances to be successful on and off the field.

“My daughter had many offers and interests from all levels – many schools that we wouldn’t have known about without Jason’s help,” Laura Stevenson said. “She is now able to live out a goal of hers to play collegiate softball all while getting a great education.”

Mariah will bring a powerful bat to the Bemidji State lineup. During the 2019 club season, she blasted a team-high six homers with a .635 slugging percentage. That ability, along with the right partner, landed her a spot on the next level.

Mariah concluded, “Jason Lauren and ScoutU had a big impact on my recruiting, because I was able to learn about and get in contact with more schools than I would have otherwise. Thank you again for everything!”

“Jason Lauren and ScoutU had a big impact on my recruiting, because I was able to learn about and get in contact with more schools than I would have otherwise. Thank you again for everything!”