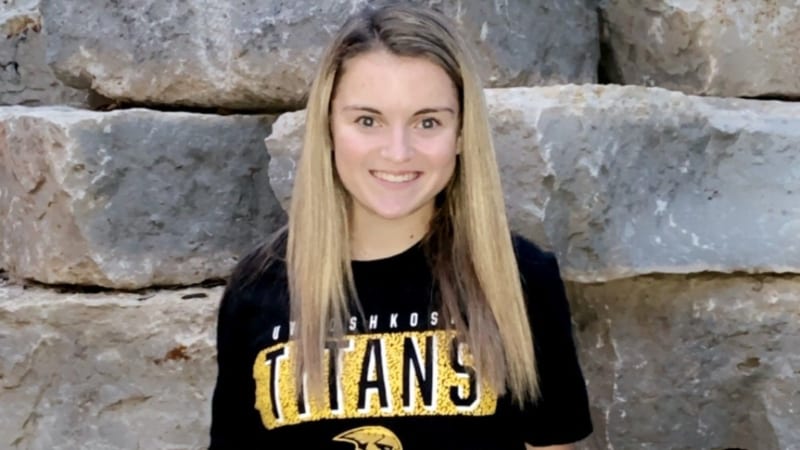 Following the regional final game a few years ago, an opposing coach told Abby Garceau, “You are a tough out.” Many other coaches agreed, as Garceau posted a .543 on-base percentage during her sophomore year at Mishicot High School (Wis.).

The ScoutU 2021 graduate will soon be frustrating coaches at the next level, now that Garceau has committed to play for the University of Wisconsin-Oshkosh.

“I am very ecstatic,” Garceau said. “This has been a goal of mine since I was a young girl to play in college, and having the blessing to play for four more years is an incredible feeling!”

Garceau, who plays third base as well as the middle infield spots, racked up 35 hits and 37 runs during her sophomore season. She then led her club team with 23 stolen bases the following summer. ScoutU’s Jason Lauren was impressed with her on-field ability, in addition to her 3.6 GPA.

“Abby was a pleasure to work with for her recruiting,” Lauren said. “She is a very good athlete and a great kid. As a natural lefty slapper and with her speed, she is a tough out at the top of a lineup. I’m sure she will do great things at UW-Oshkosh.”

Garceau plans to major in elementary education while playing for a prestigious softball program. The Titans have compiled 17 straight winning seasons, including 30-win campaigns during 2015 and 2017 under coach Scott Beyer.

“The thing that stood out about Oshkosh was how the campus just felt right for me,” Garceau said. “I love that it’s closer to home, which is one thing I made sure I was comfortable with. I also love the way Coach Beyer coaches his team, and the relationships he makes with his players. That was very important to me when committing to a college. I think when I stepped on campus – I knew right away – this is where I wanted to be for the next four years.”

Garceau had multiple other colleges offer her an opportunity to play, and she appreciates the assistance she had in finding those schools.

“Since enrolling in ScoutU, I had so many more colleges get in touch with me,” Garceau said. “Jason helped to start me out in the recruiting process, and he was there to help with everything. I wouldn’t have gotten in contact with as many colleges as I did without Jason. He was a huge help in the recruiting process, as I was unsure in which direction and steps to take. Thank you so much Jason and ScoutU!”

“Since enrolling in ScoutU, I had so many more colleges get in touch with me. Jason helped to start me out in the recruiting process, and he was there to help with everything.”