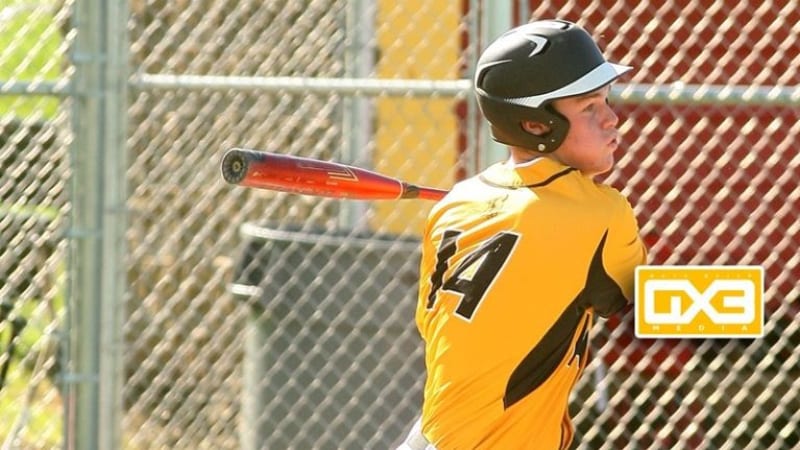 As a pitcher, shortstop, switch-hitter and three-sport athlete, Tyler Torkelson is used to showing off his versatility. Now that he’s committed to Viterbo University, the sky is the limit for Torkelson’s college baseball career.

ScoutU’s Jason Lauren found a 2020 shortstop who could range around the infield, bat cleanup and lead his team in RBIs.

“Tyler is an excellent athlete,” Lauren said. “He has a very athletic build and also excels in basketball and soccer. His athleticism gives him a very high ceiling at Viterbo. Once he has an opportunity to focus on just baseball in college, I think his abilities will go to another level.”

“Since missing my spring season this year in high school, I have been pretty bummed,” Torkelson said. “To have the opportunity to play at the college level was really exciting for me. They have a 100% placement rate and smaller classrooms for hands-on learning. I also liked meeting with the coaching staff. They made me feel comfortable and it’s close to home.”

Torkelson, who will major in business, owns a 3.4 GPA. He also possesses good size (6-foot-2, 190 pounds) and an ability to hit the ball the opposite way.

“I didn’t start helping Tyler until November of his senior year,” Lauren said. “I couldn’t believe he wasn’t getting serious looks yet from colleges. Once I started to get his name out to coaches, he had many colleges showing interest. I’m so excited that Tyler was able to still find the right fit for him, despite starting the recruiting process so late.”

The first — and most important — step of getting recruited is being noticed. After many coaches overlooked Torkelson the first time around, ScoutU’s connections made sure they didn’t miss this diamond in the rough.

“I received a lot of emails and offers — one being in Arizona, which was intriguing to me — but I decided on Viterbo,” Torkelson said. “Jason helped get my name and profile out to other colleges that I wouldn’t have been able to on my own and gave me great exposure.”

“I received a lot of emails and offers — one being in Arizona, which was intriguing to me — but I decided on Viterbo. Jason helped get my name and profile out to other colleges that I wouldn’t have been able to on my own and gave me great exposure.”