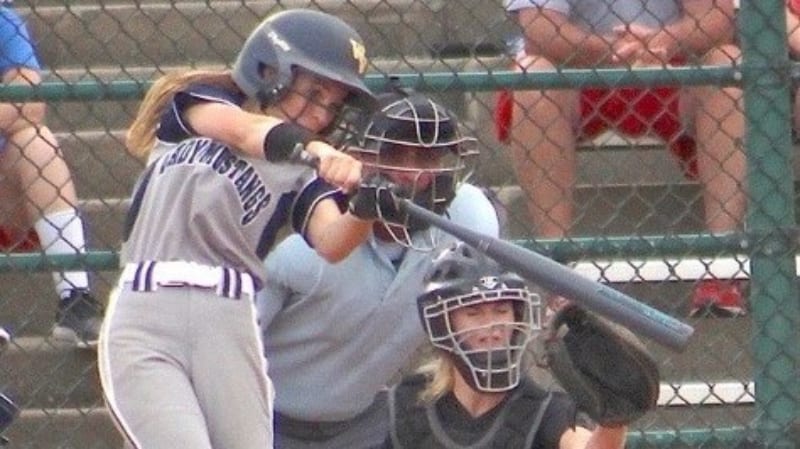 Carissa Frost knows that before you can be recruited, first you have to get noticed. ScoutU played a big part during her recruiting journey, but she also had a little help from ESPN.

Frost, who made the No. 1 play on ESPN’s Top 10 during 2018, recently committed to play college softball at Lee University, an NCAA Division II school in her hometown of Cleveland, Tenn. It all started 2 years ago when ScoutU’s Scott Woodcock was in the stands evaluating prospects.

“I remember sitting at the Tennessee State High School Championships in Murfreesboro,” Woodcock said. “It was a tight game in the late innings of the semifinal. Carissa made an amazing diving catch at the fence and actually landed on the other side of the fence. It was a huge ‘dah-nuh-nuh’ ESPN catch, and they were right there to capture it. She made the Top 10 ESPN Preps Play of the Year and went nationwide. It certainly helped the process, that’s for sure. That’s who she is all the time, and I was so happy everyone got to see it!”

Frost isn’t only known for her highlight-reel plays. She also owns a .435 average, 2.7 speed to first base and a powerful bat. Frost was named 1st-Team All-State during her sophomore season.

“Ever since I was a little girl, my biggest dream was to play in college,” Frost said. “That was my goal, and I knew I had to work 24/7 and give it my all. I love softball. There is an indescribable feeling of being on the field, the day of a big game, the adrenaline you get hearing the fans cheer or hearing your name being called out as you’re running to your position or being up to bat.”

Lee University has an amazing record of success, including three 40-win seasons during the past decade. Coach Emily Russel has totaled more than 600 victories during her career.

“Everything was perfect,” Frost said. “I loved Coach Russel, the team and their culture. I loved the campus and how it felt separate from the town but still felt like home. They just got the major I was wanting to go into. Everything just felt perfect, and I knew that Lee was the place I was supposed to carry on my career and start a new chapter!”

Frost obviously has the skills to play at the next level, but it wasn’t until she joined ScoutU that she found multiple offers coming her way.

“Scott and ScoutU were a great help,” Frost said. “He got coaches to come and watch me when I was playing. He was able to contact the school that I wanted to go to. It was good to have someone on your side advocating for you who the coaches trusted. Scott really took my criteria and worked to find schools that fit. I’m grateful that I had Scott to fight for me and get me noticed, so thank you!”

After all her hard work, Frost will be playing college softball for a wonderful program. She wants to thank those who helped her extend her career another four years.

“When I am on the field with my team, I feel free, loved, and like I belong,” Frost said. “It’s hard to put into words what it means to play college ball, but I’d say that I’m proud of myself for putting in the hard work, determination, persistence and the passion that it takes.

“Most of all, I am grateful for God giving me my ability and believing in me even when I didn’t. I am also grateful for my family, who worked hard to pay for team fees and buying me a new bat, glove or whatever I needed. I’m excited, and I can’t wait to work 10 times harder and kick some butt!”

“Scott and ScoutU were a great help. He got coaches to come and watch me when I was playing. He was able to contact the school that I wanted to go to. It was good to have someone on your side advocating for you who the coaches trusted. Scott really took my criteria and worked to find schools that fit. I’m grateful that I had Scott to fight for me and get me noticed, so thank you!”