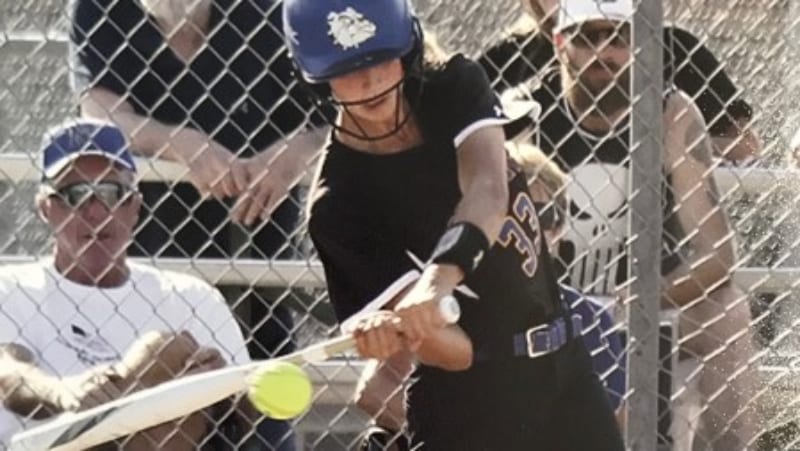 Abby Orr has been dreaming of playing college softball ever since her first day on the diamond. She will not only achieve that goal, but she’ll do it at the highest level. Orr, a 2021 ScoutU prospect, has committed to the University of Tennessee-Chattanooga, an NCAA Division I school.

“Words can not explain how excited I am to play at the next level,” Orr said. “I’m also excited to play in Tennessee, because I have family who live down there that I don’t get to see very often. Knowing that I get to play softball in Tennessee fills my heart up!”

ScoutU’s Scott Woodcock was referred to the Orr family by another parent who worked with him.

“Abby desperately needed some help,” Woodcock said. “She had been doing some camps, but otherwise shooting blanks in the recruiting process and no one knew who she was. I knew right away that I could help her and when I said it, I sensed some relief and a calmness as if she completely believed me. September 1, when D1s could reach out, her phone blew up, and I think she realized right then that our plan was in fact working. I am proud to say that 5 weeks later, she walked onto the UTC campus and we all knew right away the search was over.”

During her sophomore year, Orr (North Platte, Neb.) was named all-conference in both soccer and softball. Her numbers include a .459 batting average, 63 mph throwing arm and 2.85 speed to first base.

“When I signed up with Scott, he helped me find colleges that fit my goal to play softball at the next level in the Southeast,” Orr said. “Since he’s also from Chattanooga, he has developed a relationship with the coaches, and he helped me communicate with them and attend the fall camp there. He has been instrumental in being the go-between with myself and the coaches at UTC.”

Orr received offers from a handful of programs encompassing Division I, Division II, NAIA and the junior college levels. Woodcock knew that with her resume, Orr would have many choices of where to play.

“Abby is a 6-foot-1 shortstop, so she definitely stood out,” Woodcock said. “She has strong skills and her potential is endless once her talent grows into that huge frame of hers. Abby is articulate, well-spoken, plays three instruments, and she can sing. In the classroom, she excels at everything and is in the top 10% of her class. All of that and the fact that she has amazing parents of character, made her the ideal prospect to be working with me and ScoutU.”

Orr prides herself on being driven and very organized — two attributes that definitely will help in college. She is looking forward to playing the sport she loves while getting a degree and embracing new challenges.

“I live in a small town, so I’m used to a compact feeling, but at the same time, I really liked the bigger-city feeling,” Orr said. “When I went on an unofficial visit at UTC, I had the feeling of a family-oriented culture, and I felt like I was at home. To me, home is where your family is at, and that’s why I felt comfortable committing there.”

If you think you have what it takes to play in college in ANY SPORT,
then we want to ScoutU! Click below for a scout to give you a FREE personal evaluation to determine if you have what it takes to play at the next level.
Scout Me
“When I signed up with Scott, he helped me find colleges that fit my goal to play softball at the next level in the Southeast. Since he’s also from Chattanooga, he has developed a relationship with the coaches, and he helped me communicate with them and attend the fall camp there. He has been instrumental in being the go-between with myself and the coaches at UTC.”
Abby Orr