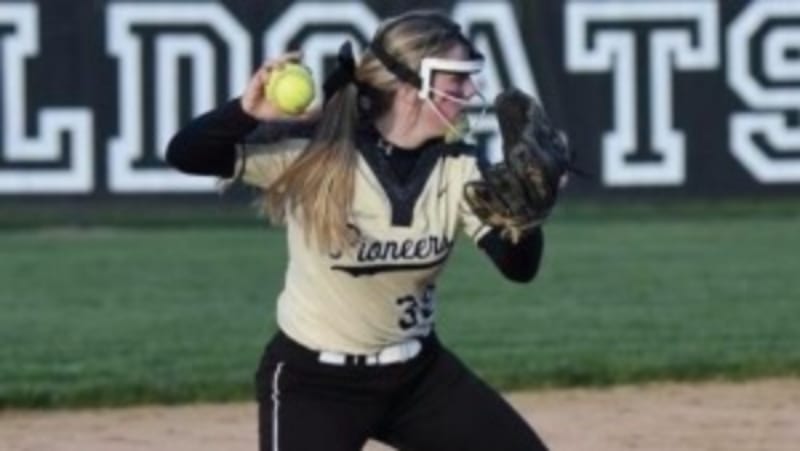 Jayce Purdy said that ever since she was a little girl, her biggest goal was to play NCAA Division I softball. That dream will soon become reality, with the 2021 ScoutU prospect recently committing to the University of Tennessee-Chattanooga.

“I’m ecstatic that I achieved that goal!” Purdy said. “I just got a good feeling. It was everything I want in my future school. The people would wave without ever meeting you, and the coaching staff and players were so welcoming and polite.”

Purdy, who’s from Chandler, Indiana, can play catcher and multiple infield positions. She lit up the scorebook last year with a .411 average, seven homers, 43 RBIs and 16 stolen bases.

ScoutU’s Scott Woodcock saw many elite qualities in Purdy, including her pop time (1.71), arm strength (61 mph) and her academics (3.7 GPA).

“Jayce was a pleasure to work with, because she’s a hard study,” Woodcock said. “She’s fairly quiet, but that’s because she is analyzing everything and processing all of it. She’s one of those kids that becomes someone else when she’s on the field. You can see the love of the game in her eyes, and I truly love her competitive nature and the passion that goes with it.”

Purdy discovered that having a ScoutU representative on her side opened up doors to many potential landing spots.

“Scott stayed in the coaches’ ears,” she said. “He was constantly telling them my name and posting about my success.”

ScoutU congratulates Jayce on her commitment and will be watching closely when she suits up for the UTC Mocs in 2021!

“Scott stayed in the coaches’ ears,” she said. “He was constantly telling them my name and posting about my success.”