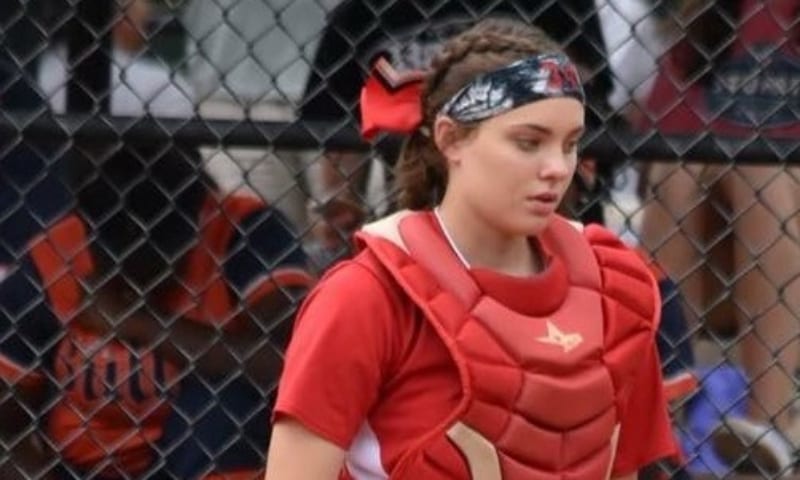 Alyssa Braley knew what she was looking for during her college search. She wanted to stay close to home, find a great coaching staff and major in criminal justice. The 2021 catcher/third baseman checked all those boxes with Columbus State University, an NCAA Division II school in her home state of Georgia.

“I am really excited to be able to play softball in college,” Braley said. “I have worked very hard for this opportunity, and I am grateful.”

Braley, who owns a 1.75 pop time and a 62 mph overhand throw, had many colleges contact her after becoming a ScoutU prospect. Chattanooga (TN) Scout Scott Woodcock began working with Alyssa last fall.

“She had several offers, and several more coming after the Sept. 1 open date, but she loved CSU from the beginning, and it was one of her top schools on the list,” Woodcock said. “Alyssa is one of those kids that has an abundance of talent but is overly humble. She has amazingly huge upside — a vast amount of talent on both sides of the ball and all of the intangibles that go with it. She’s a happy-go-lucky kid, yet a little reserved and shy by nature, but on the field, she’s all business. Her nickname is ‘Uno.’ I am not sure why her parents call her that, but I would describe it as one player, all out, all of the time.”

Braley also was a coveted prospect because of her work in the classroom. She sports a 3.6 GPA and ranks in the top 20% of her class. Columbus State provides the opportunity for her to continue her softball career while receiving a quality education.

The Cougars have compiled four consecutive winning seasons, including a 35-16 record a year ago under coach Brad Huskisson.

“I really like the coaches,” Braley said. “Coach Huskinson has a very structured program, and I think that will be great for me during my transition to the next phase.”

Huskisson enters his 13th year as head coach. He guided Columbus State to the NCAA Tournament during both 2012 and 2013, posting 40-win seasons along the way.

Woodcock believes the Braleys were an ideal family to work with, because they recognized it was a partnership and Alyssa was very accountable.

“Scott spend a lot of time with me regarding recruiting,” Braley said. “Phone calls, texts, emails, etc. He would drive out of his way to come watch me play and talk with coaches for me.”

Braley has almost two years before her college career starts, but she’s happy to have found a new home at Columbus State.

“She had several offers, and several more coming after the Sept. 1 open date, but she loved CSU from the beginning, and it was one of her top schools on the list,”

We take a personal approach to helping each athlete and their family. Click below for testimonials and see how ScoutU scouts have helped their dreams become a reality:

For recruiting news and tips on how to navigate the recruiting process: